Believe it or not, corals are animals not rocks or plants and are closely related to jellyfish! Picture a jellyfish drifting in the ocean, its simple body with long flowing tentacles surrounding a mouth. Turn it upside down and you have a coral polyp.

Corals come in hundreds of different shapes, sizes and colours. The polyps of hard, or reef building corals, sit within a cup that it has made out of calcium carbonate (limestone). This substance is produced very slowly and eventually sticks to that made by neighbouring polyps to create a large coral colony, and eventually a whole reef. Given enough time reefs can get so big they can be seen from space – just like the Great Barrier Reef in Australia.

Some text about corals 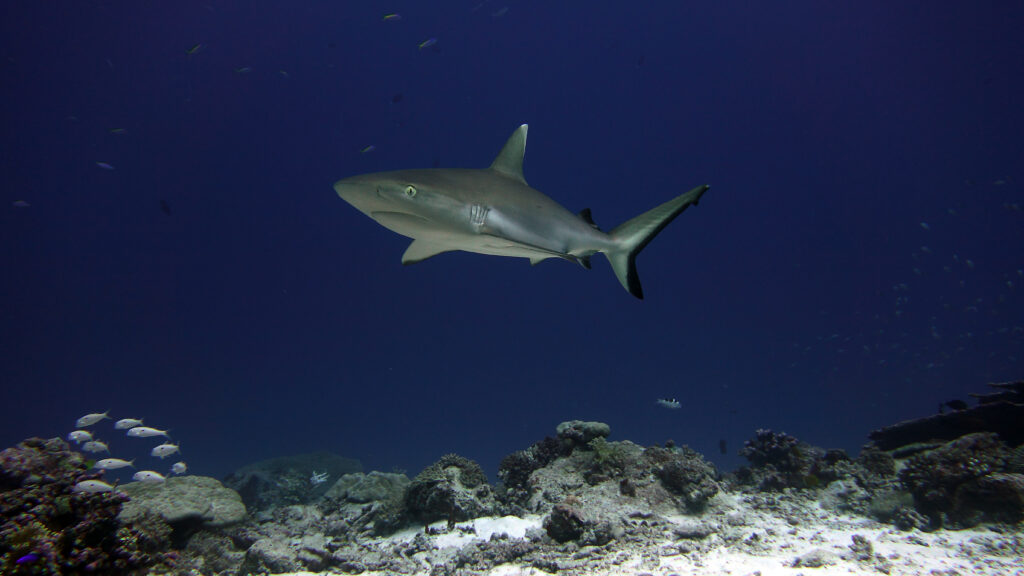 What do corals eat?

Corals have two different ways of feeding. They can get up to 95% of their food with the help of algae (tiny plants) called zooxanthellae which live within each coral polyp. They soak up sunlight shining through the water and use photosynthesis to create energy for the corals. 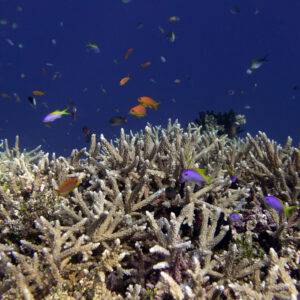 When the sun isn’t shining, corals can still feed by catching and eating plankton (more tiny plants) floating in the water column by sticking out their stinging tentacles. When a coral colony is feeding this way you can think of it like a tall block of flats with people leaning out of each window, holding their arms out to catch food passing by.

Coral reefs form when free-swimming coral polyps attach to submerged rocks along the edges of islands or continents. As the corals grow and produce calcium carbonate the reef takes on one of three types of formations – a fringing reef, a barrier reef, or an atoll.

How do coral reefs form?

Coral reefs form when free-swimming coral polyps attach to submerged rocks along the edges of islands or continents. As the corals grow and produce calcium carbonate the reef takes on one of three types of formations – a fringing reef, a barrier reef, or an atoll.

All three types of reef can be split into several different zones which vary with depth of the water, wave action, current strength, temperature and light which all act to create characteristic zones of corals, algae and other species. As you travel across the reef moving from the shore towards the deep water, zones created include the reef flat, reef crest, and the reef wall.

The reef flat is very sheltered and can be a few centimetres to a few metres deep, with large areas being exposed out of the water at low tide. The reef crest is the highest point and is exposed to the full force of the ocean’s waves. The reef wall can drop off into deep water very quickly losing light even quicker.